Being out of your mind 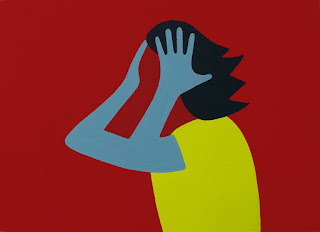 Mark 3:20-35 is one of those texts which contains a dispute between the scribes and Jesus.  Perhaps one of the most interesting questions in this text is "With whom do you identify:  the scribes, Jesus' family, or the crowd that was seated around him at the end of the text?"  Jesus is speaking in the presence of all of them.  Perhaps we are all of these folks at one time or another.

(The following analysis follows the method in my new book, Afflicting the Comfortable, Comforting the Afflicted; A Guide to Law and Gospel Preaching.  It can be purchased through wipfandstock.com or amazon.com.  These questions are in the appendix in the back of that book.)

1.  How does the Word function in the text?  Jesus is refuting the assertion of the scribes who are saying, "He has Beelzebul, and by the ruler of the demons he casts out demons."  He is also refuting the assertion of his family who thinks he is out of his mind.  Finally he is declaring that those who do the will of God have a stronger bond than those who are related by blood.

In all of this there are hints of Law and Gospel and even the call to obedience:  In verse 27 Jesus implies that he has entered the stronghold of Satan and bound the strong man, and that is why he can cast out demons.  Good news!  In his rebuke of the scribes Jesus is saying, "If you think I am filled with an unclean spirit, you are lost indeed!"  Strong words of law.  Finally the call to obedience is implied in the last scene where he says that "whoever does the will of God is my brother and sister and mother."

2.  How does the Word not function in the text?  As stated above, the three ways that the Word functions - law, gospel, call to obedience - are all present, at least implicitly, here.

5.  What Law/Gospel couplet is suggested by this text?  As always, there are many possibilities.  Several to ponder:  Confused/enlightened, blasphemous/forgiven, part of the human family/part of God's family.

6.  Exegetical work:  Translation is very enlightening in this text. For example in the NRSV, vs. 21, we read, "When his family heard it, they went out to restrain him, for people were saying, 'He has gone out of his mind.'"  When we translate this we notice that what sounds like two groups of people - Jesus' family and 'people' - is really one.  A literal translation would be something like, "When those near him heard [it], they came to take him away for they were saying that he was out of his mind."  It is clear that "those near him," which could include his family, were a group of people who were concerned that Jesus' spectacular ministry was getting out of hand, and they wanted to restrain him. It was not that "people" were saying things, but the family and those near Jesus were saying things. This is something only translation reveals.

A helpful source of commentary on Mark is M. Eugene Boring's commentary from The New Testament Library.  About this text, Boring writes, "[Jesus' family] not only abstain from becoming his followers, but join the scribes in actively opposing his ministry."  It makes me think about our own well-meaning attempts to domesticate the Gospel.

7.  How does the Crossings Community model work with this text?  Mark Marius does a nice analysis of this text, archived under 2012 Year B Gospel for the Second Sunday of Pentecost.  He takes up the theme of what it means to be of 'right mind'.  On the web at crossings.org/text study.

8.  Insights from the pioneers of the New Homiletic?  Henry Mitchell always reminds us that the preacher should be the first one to experience the ecstasy of the Gospel and celebrate it.  This text would be a great time to go "out of your mind" in celebration of the Gospel!

Blessings on your proclamation.

Posted by Law and Gospel Everywhere at 5:46 PM