From his fullness we have all received 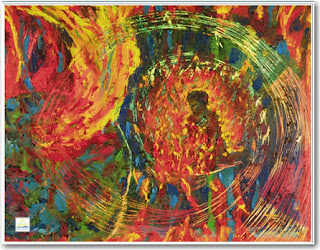 The prologue to John's gospel, the gospel text appointed for the First Sunday of Christmas in the Year of Luke, is one of the most memorable texts in all of scripture.  The opening words bring immediately to mind the words of Genesis, as we encounter a second creation story:  the Word made flesh, come amongst us.  Other births are announced as well as all things come into being, the light enlightens all people, and the people of God are born.  What a celebration of new births we have in these majestic words!

1.  How does the Word function in the text?  If we begin at verse 10, where the selected text begins, we encounter immediately a word of law:  "The world did not know him.  He came to what was his own, and his own people did not accept him."  This word immediately exposes our willful disobedience.  We will encounter this word of law repeatedly in John's gospel for as we hear from the lips of Jesus, "The light has come into the world, and people loved darkness rather than light because their deeds were evil." (3:19)  But the Word is not done yet as we hear repeated words of gospel in this text as well:   "[God] gave power to become children of God... the Word became flesh and lived among us... from his fullness we have all received, grace upon grace.  Grace and truth came through Jesus Christ."  Over and over, the word of Christ come amongst us, is heard.

2.  With whom are you identifying in the text?  We are those to whom this text is addressed.  The Word calls us to repentance because we have not known Christ or accepted him.  The Word also gives us reason for great rejoicing as the announcement of the Word made flesh reaches us and we realize that we have indeed received grace upon grace.  Because of the overflowing words of gospel that flood from this text we are those who stand in awe of God's abundance, recipients of God's mercy, called children of God.

3.  What, if any, call to obedience is there in this text?  The call to obedience is the word which functions to say, "Follow Jesus." This is the word that comes to us after we have received the gift of the Gospel in faith.  This word instructs us in the life of discipleship.  I do not hear that word here.  The word that calls attention to the ones who believed in Christ's name is not a call to obedience but a reporting on what God has done for those who have believed.  This word is also a word of Gospel:  God gave power to become children of God to all who believed!  Good news!

5.  Exegetical work:  Translation work for this passage is not difficult.  The vocabulary is simple.  That, however, is where the simplicity ends.  Metaphors abound.  The word "logos" is, of course, key.  An enlightening exercise is to read Kittel's extensive article on logos in the Theological Dictionary of the New Testament.  Here are some highlights for me:  "Logos, as opposed to mythos, refers to something material." (69)  In wisdom literature and the LXX, logos is "the word of creation and revelation." (80)  "In the Prologue to John...[logos] always contains the living concept of a spoken word, in this case the word spoken by God in the world." (102)  "At the head of the train of thought sketched by the term logos, there stands, not a concept, but the event which has taken place, and in which God declares himself, causing his Word to be enacted." (125)  "The new thing [in John's prologue] is that the logos is the pre-existent Christ, and that the transition from pre-existence to history is the true theme." (129)

Blessings on your proclamation!
Posted by Law and Gospel Everywhere at 5:06 PM