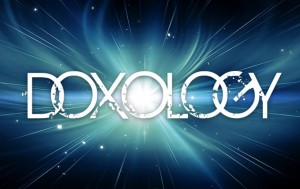 In the opening verse of Luke's Christmas story, recorded in Luke  2:1-20, we hear that "a decree went out from Emperor Augustus that all the world should be registered." (NRSV)   The word translated 'decree' is actually a Greek word we know well:  dogma.  A dogma was often an imperial command; one ignored it at one's peril.  Later in the story we hear of the song of the heavenly host who sing, "Glory to God in the highest heaven, and on earth peace among those whom he favors." The opening word in that song is also a Greek word we know well:  doxa, from which we derive the word doxology.  So what we have in this story is doxa amidst dogma - songs of praise to God amidst all the decrees of the empire.  What a sign of hope this is!

(The following questions are part of a method I have developed in my brief guide to Law and Gospel preaching, Afflicting the Comfortable, Comforting the Afflicted, available from amazon.  These questions are a way of getting at some of the fundamental issues for law and gospel preachers.)

1.  How does the Word function in the text?  This is a very complete story from the standpoint of Law and Gospel.  The Word functions clearly to announce the multiple ways we need Jesus - this is the Law.  For example, we need Jesus because we live in a world of decrees, of emperors, of poverty, and of many other afflictions.  In short, we live in a broken world.  The Word also functions to announce God's amazing gift of Jesus - this is, of course, pure Gospel.  Jesus comes as one of us, vulerable, poor, dependent on the good graces of others.

2. With whom are you identifying in the text?  There are multiple characters we could identify with, but the shepherds seem the most helpful.  It is always important to identify with those whom the Word addresses, and the Word addresses them directly: "To you is born this day in the city of David, a Savior, who is the Messiah."  We are those living in a world of decrees, poor, alone on a hillside in the night, wondering if God even knows we exist, who are visited by an angel.

4.  What Law/Gospel couplet is suggested by this text?  Again the shepherds help us here.  They are first afraid, then hopeful.  They are at first silent, then boldly telling all what they have heard and seen.

5.  Exegetical work:  Luther, in a sermon for Christmas Eve, 1525, noted that the birth of the Christ is a fulfillment of the Magnificat:  "He has brought down the powerful from their thrones, and lifted up the lowly; he has filled the hungry with good things, and sent the rich away empty."  Luther said, "Nobody notices or understands what God performs in the stable.  He permits big houses and the expensive rooms to remain empty; he permits them to eat, to drink, and to be of good cheer, but this solace and this treasure is hidden from them.  Oh, what a dark night must been over Bethlehem at that time that they did not see such a light!"(Luther's Work's, vol. 52, p. 9-10)  This reminds me again of how God brings 'doxology' in the time of 'dogma'.  When the world is enamored with pomp and circumstance, God brings life to the world through the lowliest folk.  It is as St. Paul said: "God chose what is foolish in the world to shame the wise; God chose what is weak in the world to shame the strong; God chose what is low and despised in the world, things that are not, to reduce to nothing things that are, so that no one might boast in the presence of 'God." (I Cor. 1:27-29)

6.  Consider the insights of the pioneers of the New Homiletic?  Henry Mitchell always urged the preacher to be the first one to celebrate the gifts of God revealed in the text.  Where is our celebration going to burst forth in our sermon?  Where is our ecstasy going to be revealed?

Posted by Law and Gospel Everywhere at 4:26 PM