Who are these dressed in white? 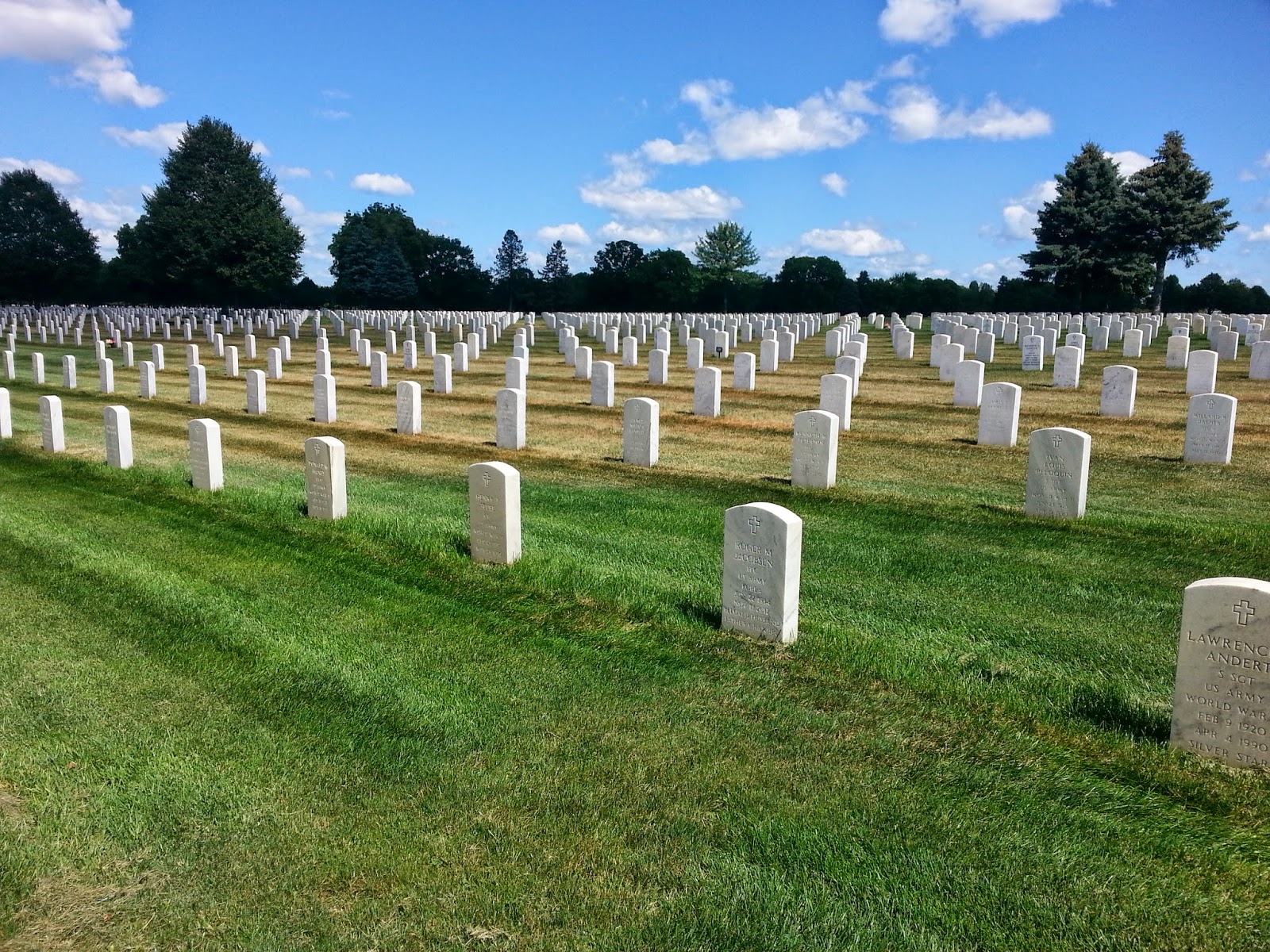 I was at Fort Snelling last week for a burial at the National Cemetery.  The grounds are home to thousands of graves of military veterans over the last 140+ years, beginning with veterans who actually served at Fort Snelling when it was an active military post in the 1860s.  The officer who met us told us that they currently do nearly 5,000 burials a year there.

As I stood looking at those acres of grave markers I thought of this passage from St. John's Revelation:

"Then one of the elders addressed me, saying, "Who are these, robed in white, and where have they come from?'  I said to him, 'Sir, you are the one that knows.' Then he said to me, 'These are they who have come out of the great ordeal; they have washed their robes and made them white in the blood of the Lamb." (7:13-14)

As I thought about St. John's revelation I thought that perhaps the scene he saw was somewhat like the one in front of me - row after row of those dressed in white.  Will death have the last word?  Will the blood of the Lamb cover us all?  Who are these robed in white?
Posted by Law and Gospel Everywhere at 7:35 PM No comments:

A gospel word in living color 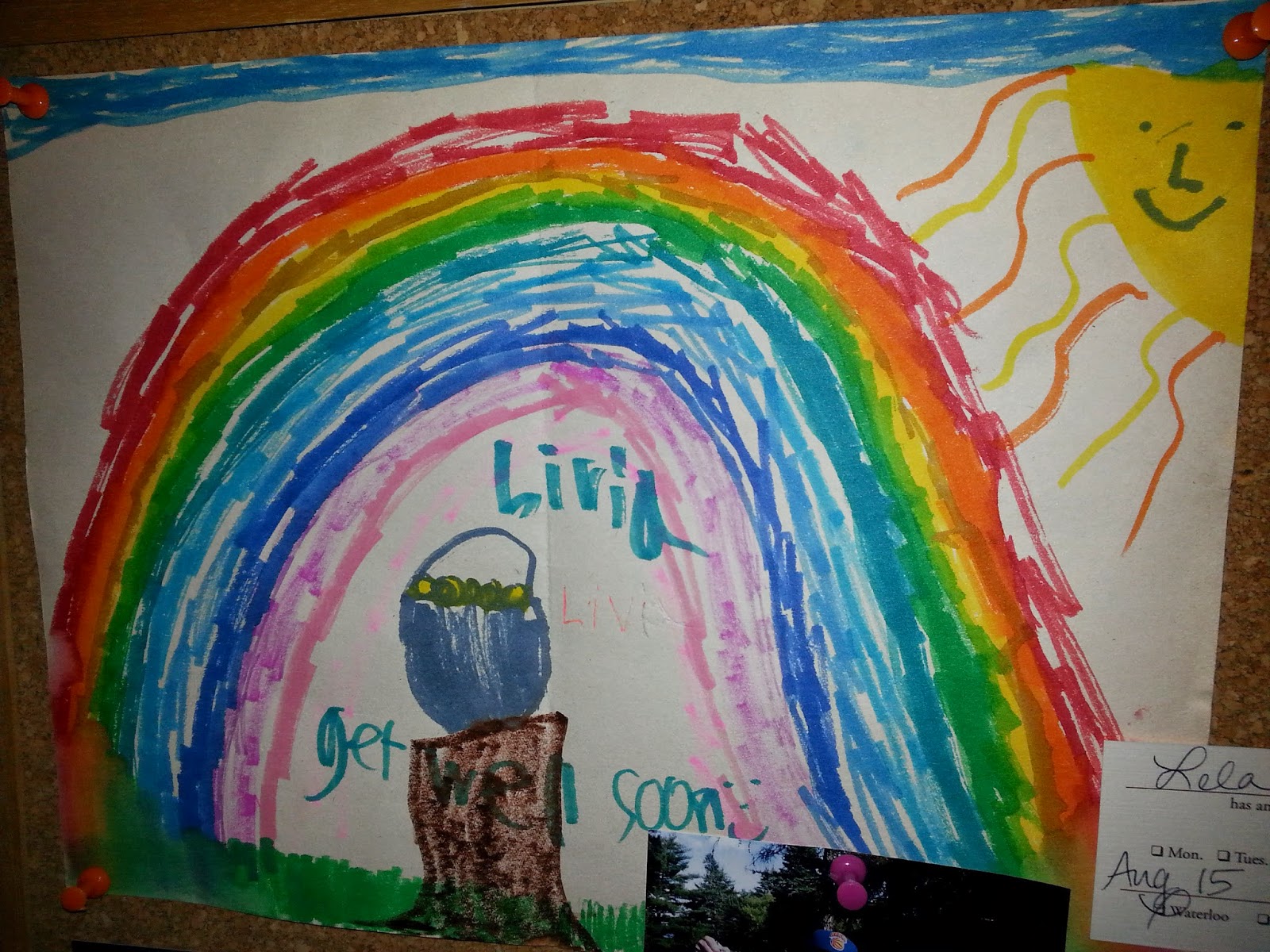 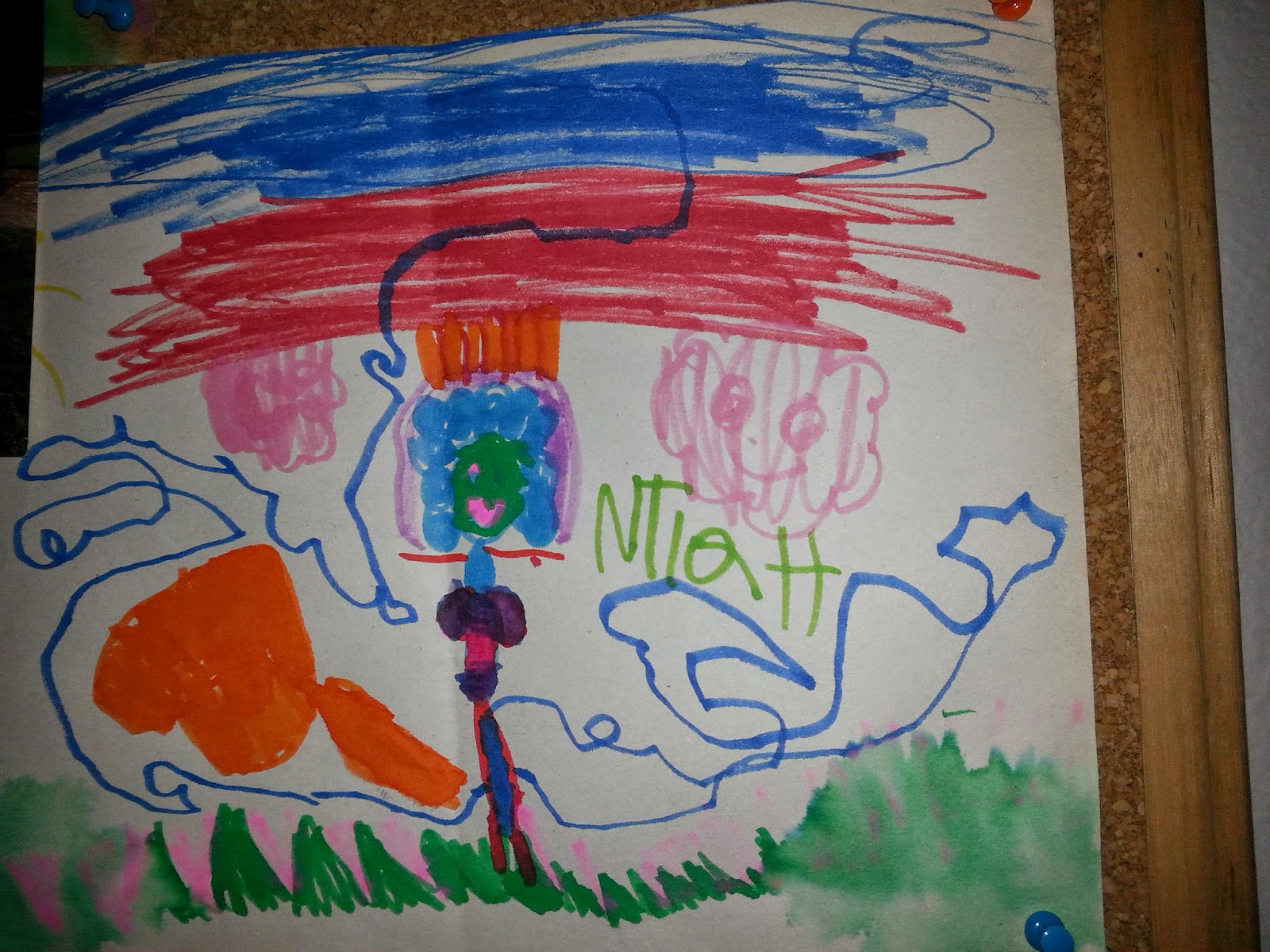 The artwork shown above is the priceless artwork of my 95-year old mother-in-law's great-grandchildren who sent these pictures to her while she convolesces in a nursing home from a broken hip.  We saw them today on my mother-in-law's nursing home room bulletin board as we visited her.  As I saw these pieces I thought what an expression of love and joy they are.  They say to this wonderful elderly lady, "We love you. We want you to feel better.  We are thinking of you.  We bless you."

Visiting an elderly person in a nursing home is a stark reminder of the law of mortality.  It is a reminder that each day we are all one day closer to the grave.  As Reinhold Niebuhr reminded us, we have a sense of immortality, but we are not immortal.  We have a sense of what it means to keep living vibrantly all our days, and yet we are not guaranteed that we will be given that gift.  Perhaps our last days will not be pleasant, will not be something we would wish for.  And we have little to say about that.  It is the law of mortality.

And yet the Gospel word comes to us from God our Creator who, like these loving children behind the artwork, says, "I love you.  I am with you.  I bless you."  How good that word is.

Posted by Law and Gospel Everywhere at 7:13 PM No comments: