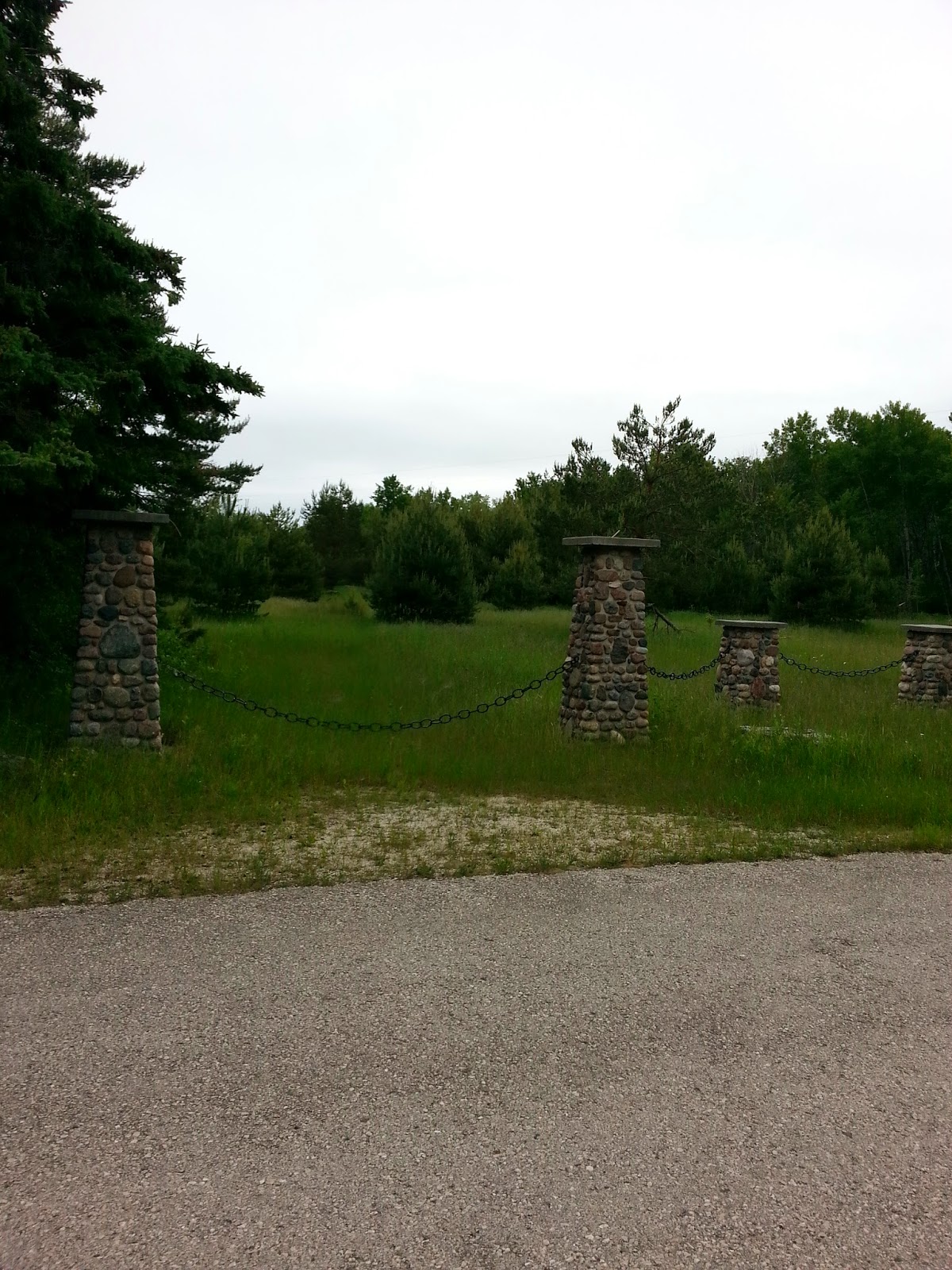 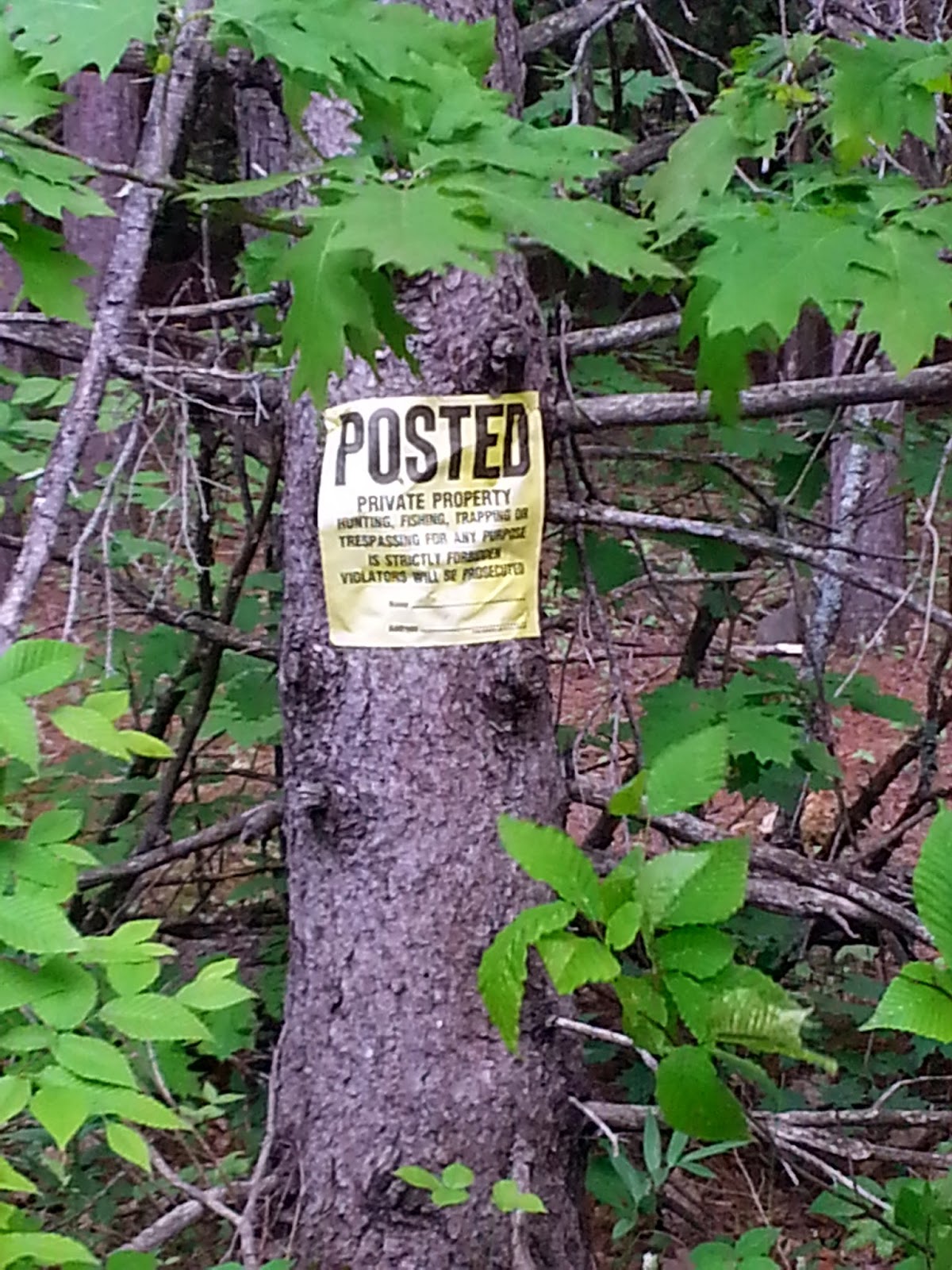 I was in a remote location in Door County, Wisconsin this past week, in a place called Washington Island. One day while on a walk along a country road I came across the strange sight in the picture above:  A chained gateway to a piece of land.  No buildings, no road, only a stand of trees and expanse of land, and posted not far from this gateway were signs like the one in the second picture.  In this remote place, where I could walk for an hour and have only one car pass me, I thought, "Why these chains?  Why these announcements of law?"  Are we obsessed with Law?  I think we are.  I invite your thoughts.
Posted by Law and Gospel Everywhere at 5:54 AM No comments: 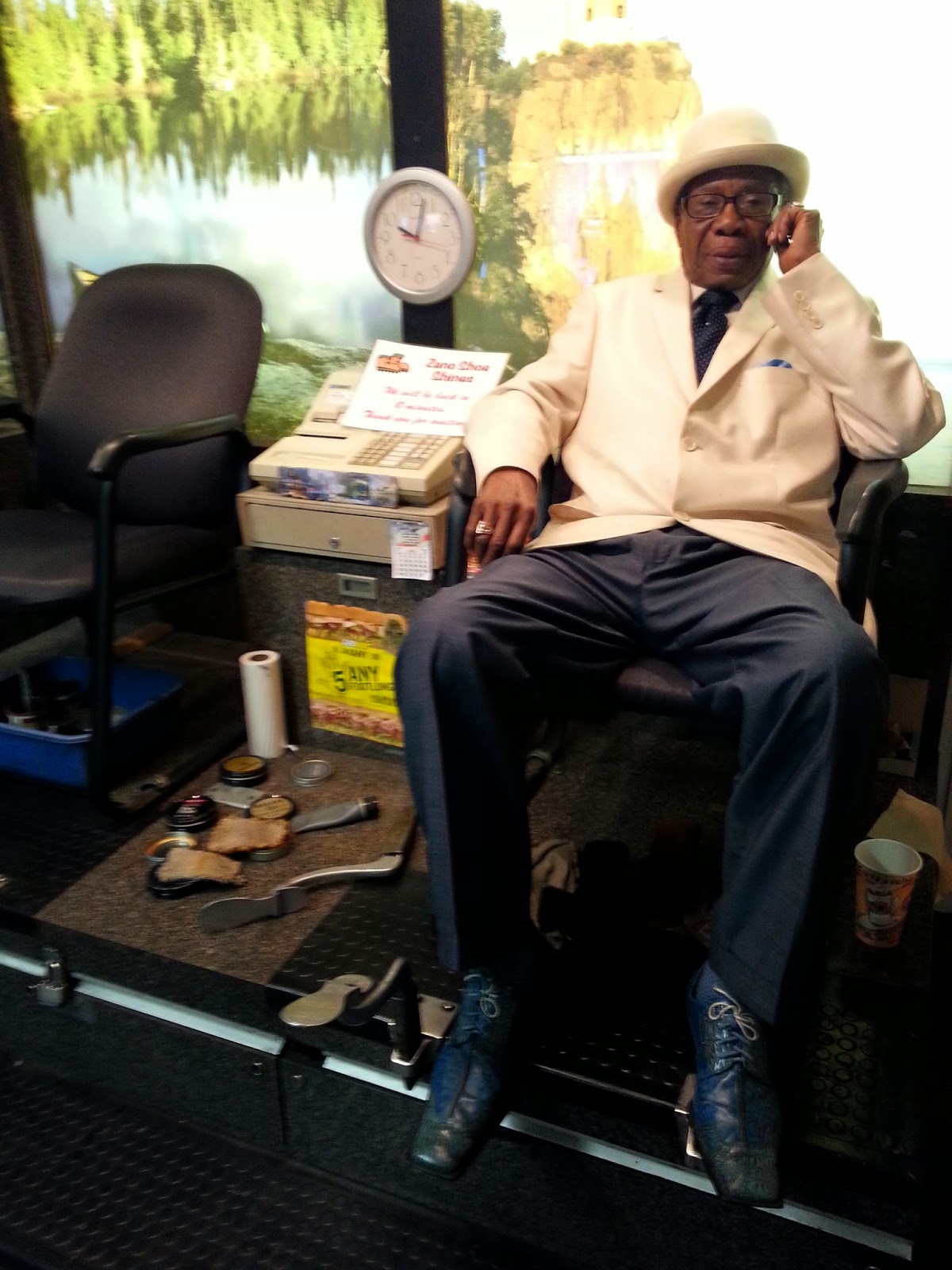 This is Paul.  He's a shoe shine guy in one of the airports that I traveled through in recent days.  He gave me permission to take his picture.  He says lots of people ask for his picture.  He reports that he is 85 and has been shining shoes at various places around the country since he was 15 years old!  I asked him how he likes being a shoe shine guy, and he says he loves it and he makes a pretty good living.  I was surprised by that. I guess I expected him to say something like, "It is what it is," in a sort-of dreary voice.

My question is:  What gives a guy like Paul the ability to be positive about life?  My answer is:  There must be some gospel voices singing in his soul.  Somewhere, somehow, somebody has been singing gospel songs to him that remind him he is a child of God, he is treasured, he is made in God's image, he has been forgiven of his sins.  I think that without that message singing in our heads it's awfully tough to be positive about life.  And maybe that's why I think gospel words are so important in preaching.  What do you think?
Posted by Law and Gospel Everywhere at 6:55 PM No comments: 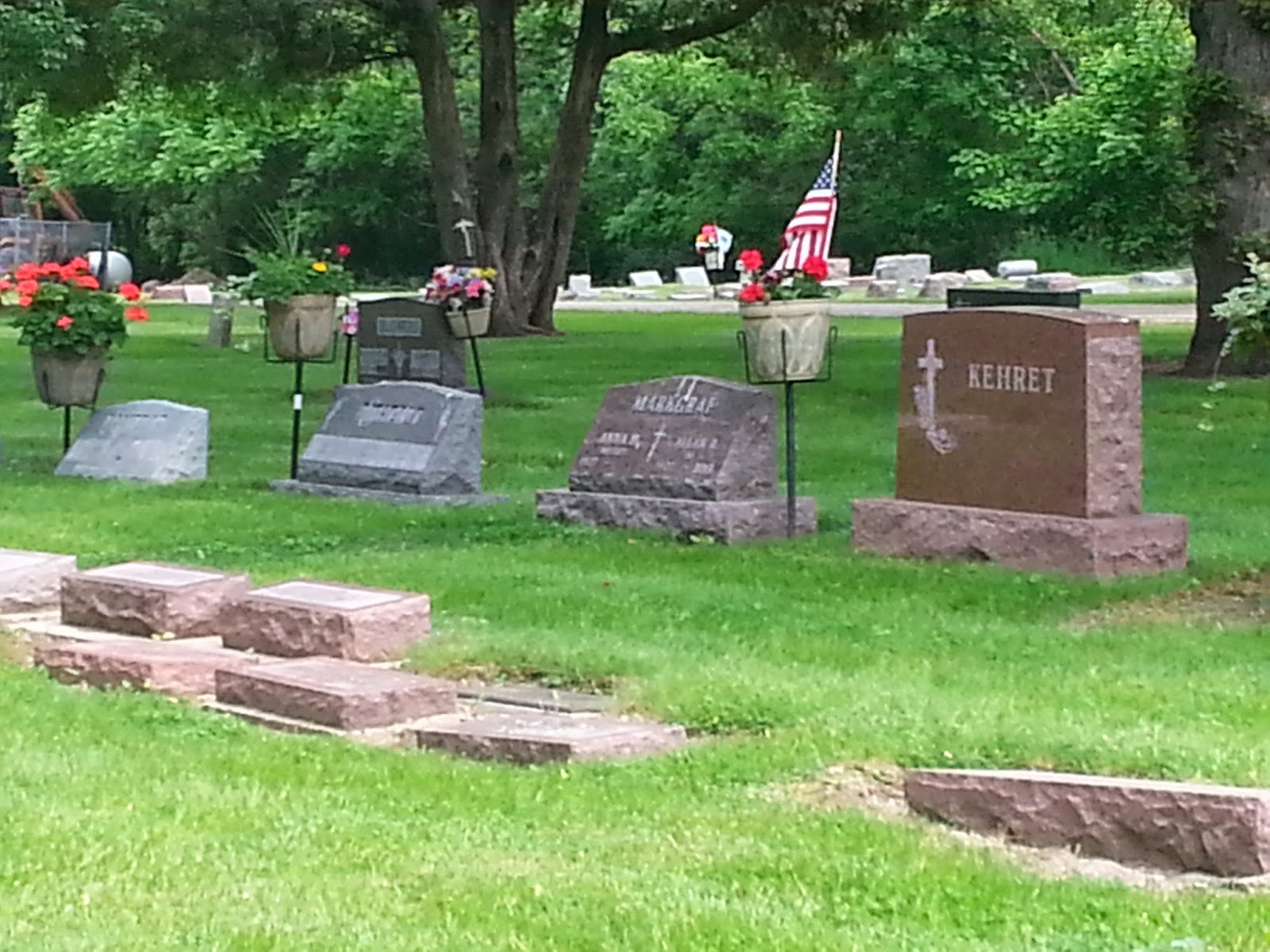 We were at a country cemetery this past weekend where we saw the grave of my 95 year-old mother-in-law's grandfather!  He died in 1879.  (My mother-in-law, by the way, is hale and hearty)

It got me thinking:  Since one way of thinking about Law/Gospel is that  the Law always lifts up our vulnerability, and the Gospel always speaks about God's response to our vulnerability, is it possible that death could be (at some point in life) a gospel word?  I'm thinking about people who have lived a long, long time and are ready for the Lord to take them.  Is death good news for them?  Something to ponder...
Posted by Law and Gospel Everywhere at 12:57 PM 1 comment:

What message do you hear? 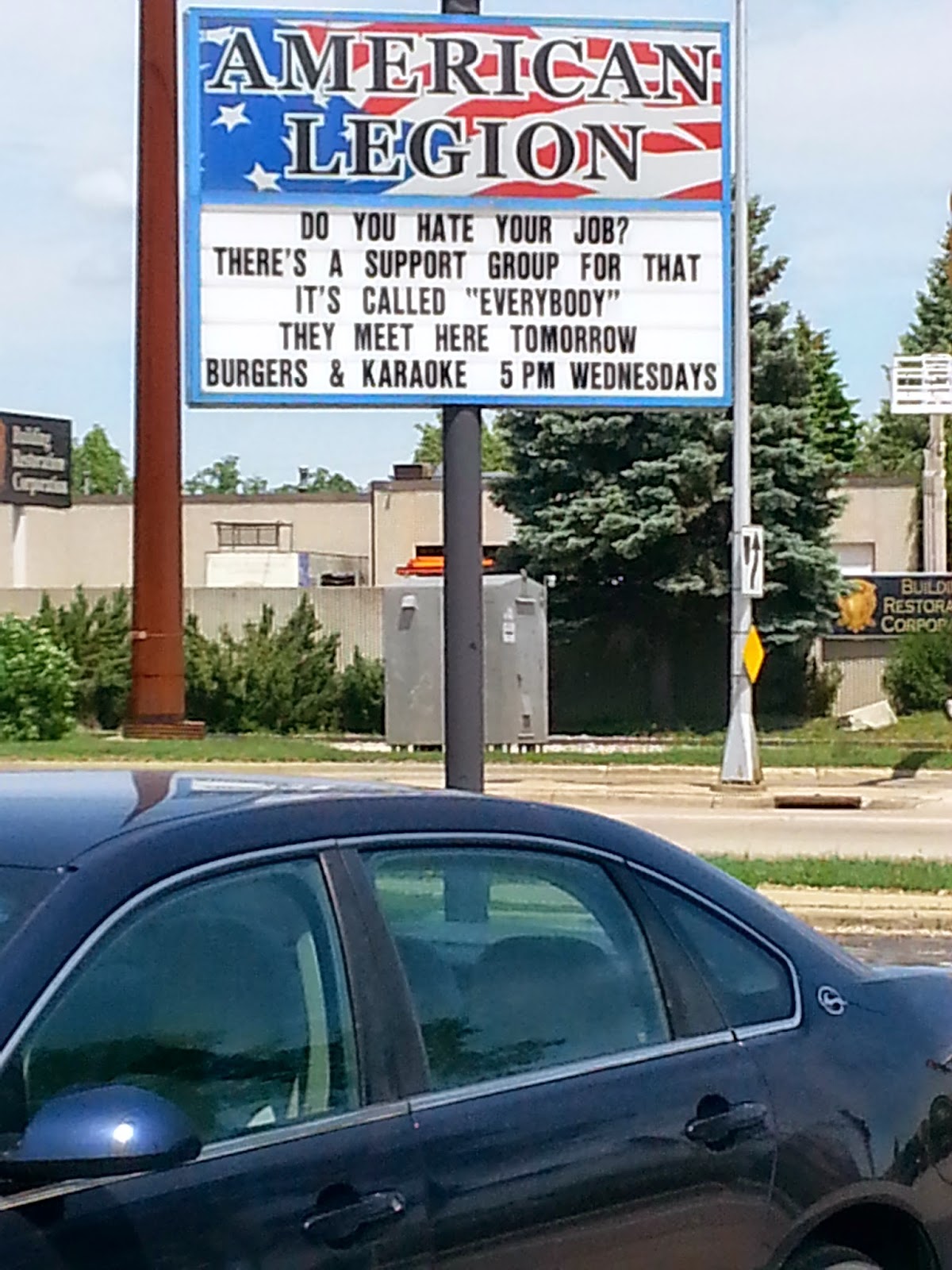 I call this blog "Law & Gospel Everywhere."  Why?  Because there are examples EVERYWHERE where we receive messages that say (even without meaning to!)  "You need Christ!"  (that's the Law speaking) and other messages which say, "Here is Christ!"  (that's the Gospel speaking).  Example #1 is above.  Check out the sign.  Do you hear Law or Gospel when you read that message?  I'd be curious.  See ya later
Posted by Law and Gospel Everywhere at 8:44 AM 1 comment: