The law as good news and bad news 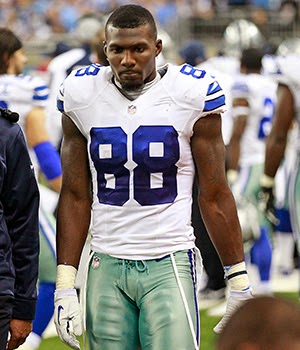 In case you haven't heard, the law cuts both ways - it can be good news or bad news. On Sunday, January 11th, the above Dallas Cowboy player, Dez Bryant, in a crucial fourth down play during the 4th quarter of the NFL Divisional playoff game against the Green Bay Packers, made a brilliant catch only to have it ruled later as an incomplete pass.  The ruling at first was "a catch." First down at the Green Bay one yard line for the Dallas Cowboys.  Only minutes later after a challenge by the Green Bay coach, Mike McCarthy, the ruling was changed to "no catch." Green Bay's ball.  In commenting on the play the TV rules expert said, "Common sense will tell you that he made the catch, but by the letter of the law it was an incomplete pass."  I thought that was the crucial statement.  The letter of the law was good news to the Green Bay Packers and really bad news to the Dallas Cowboys.

It occurs to me that that is often the way God's word works: the same word cuts both ways for us.  "I will watch over you continually," is a word that sounds quite different to the thief in the midst of stealing and the immigrant family first stepping foot in a new land.   Words of law and gospel, it turns out, can be the same words.  It is us who makes them words of hope or words of judgment.
Posted by Law and Gospel Everywhere at 7:43 PM No comments: