Shareholders in the Kingdom 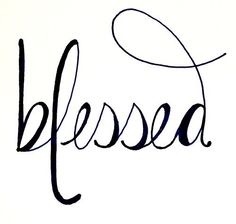 Matthew 5:1-12, the gospel lesson appointed for All Saints' Sunday, is one we are all familiar with.  Like Psalm 23 or the traditional Lord's Prayer, it flows off the tongue in an easy rhythm.  What these familiar words announce are the identity of those who are shareholders in the time of God's reign.  What might surprise us is the solidarity we are called to with all those who are called blessed.

(The following questions are designed to unearth some of the fundamental concerns for Law and Gospel preachers.  They are not meant to be exhaustive, but to be used in conjunction with other fine sets of questions which open up the text in different ways.  They have  been developed as part of my brief guide to Law and Gospel preaching, Afflicting the Comfortable, Comforting the Afflicted, available from wipfandstock.com or amazon.)

1.  How does the Word function in the text?  The Word announces God's favor to any number of people who would not expect to be counted as blessed.  This is a gospel function.  Those whom the world views as cursed, unlucky, and pitiful, Jesus announces as blessed.  Similarly viewed are those who stand with these blessed ones.

2.  How is the Word not functioning in the text?   Unlike the woes announced in Luke 6, this account of the sermon does not contain a word of Law.  There is no word which expresses our need for Christ, only the announcement of blessedness.

3.  With whom are you identifying in the text?  This is always an interesting question when approaching this text.  We cannot identify with everyone whom the Word addresses simply because we are not likely to be enduring at all times all those things listed here.  Perhaps we have been poor in spirit, or have been in mourning, but we are no longer.  Those whom we can identify with,  however, are those who are actively living under God's reign:  the merciful, the pure in heart, the peacemakers, and those who are persecuted for righteousness' sake.

4.  What, if any, call to obedience is there in this text?  The second half of the text implies that we are to pursue a life under God's reign, showing mercy, longing for righteousness, seeking peace, and willing to be persecuted for righteousness' sake.  To do these things is to live in response to the blessedness that Jesus announces.

5.  What Law/Gospel couplet is suggested by the text?  Without a word of Law, we will have to imagine the first half of each couplet.  Some ideas:  outcast/embraced; orphaned/called heirs; rejected/favored.

6.  Exegetical work:  It has long been agreed by scholars that Jesus' announcement of those blessed under the reign of God is a reversal of the customary evaluations given in the world.  What has not been agreed on is if blessedness is a result of misfortune or virtue.  More than one attempt has been made to force all of these beatitudes into one pot or another.  Mark Allan Powell, in his book, God With Us; A Pastoral Theology of Matthew's Gospel, offers a way out of this dilemma.  He first lifts up the pattern of the beatitudes which resembles Hebrew parallelism.  He also notes that both Matthew 5:3-6 and 5:7-10 contain exactly thirty-six words, "the proteses of 5:6 and 5:10 both conclude with the word dikaiosyne, and 5:3-6 exhibits internal alliteration through the naming of groups that begin with the letter p:  the poor (ptochoi) in spirit, those who mourn (penthountes), the meek (praeis), and those who hunger (peinontes) and thirst for righteousness." (p. 121)  Powell then goes on to show how the first stanza may be thought of as announcing blessings on the unfortunate, and the second stanza as announcing the same blessing on the virtuous.  Finally, Powell shows how the concluding verses offer a way of tying together these two stanzas, as Jesus announces God's favor upon those who because of their virtue (stanza two), experience the struggles of those in stanza one.  Noting the shift to second person in the concluding verses, Powell writes that "Matthew's readers are expected to realize that continued empathy with the disciples means adopting a perspective that leads to identification with those whom Jesus has declared blessed." (p. 140)  I highly recommend picking up Powell's book and reviewing the entire analysis.

7.  How does the Crossings Community model work with this text?  Eric Evers, in his analysis, provides an interesting tack.  He show how fruitless it is to try to establish our own blessedness.  The end of this is only self-righteousness.  How much better to be called blessed even though unrighteous.  See the entire analysis at crossings.org/text study.

Blessings on your proclamation!
Posted by Law and Gospel Everywhere at 2:38 PM