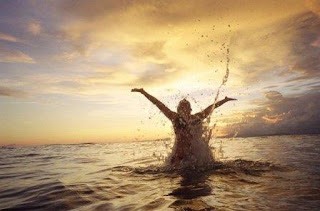 Galatians 3:23-29, the Second Lesson appointed for the 2nd Sunday after Pentecost in the Year of Luke, is the middle portion of Paul's argument concerning the Law and the Promise to Abraham.  In this middle portion there are references to both the Law and this promise, but the main theme of the passage is faith, and what comes from it.  It is a gospel word, through and through, how God claims us as God's own.

1.  How does the Word function in the text?  Paul is simply announcing to us the gifts of grace:  we are justified (i.e. put right with God) by faith, we are called children of God, we are clothed with Christ, we are no longer separated by cultural status, we belong to Christ, we are Abraham's offspring, heirs according to the promise.  What a list of gifts this is!  A gospel function, no doubt!

2.  How is the Word not functioning in the text?  The Law is not present except in the sense that it is referred to as our former state:  "we were imprisoned and guarded under the law," "subject to a disciplinarian."  In the preaching we will want to refer to this former state, but not issue a call to repentance, which is not here.

3.  With whom are you identifying in the text?  We are those being addressed here, therefore we are the ones formerly imprisoned by the Law, but now freed and heirs with Christ.

4.  What, if any, call to obedience is there in this text?  The call to obedience is always the text functioning to invite us to live in a certain way in response to God's work in Christ.  Even though this call is not present in this case, we could well imagine an implicit invitation to live into our identity as people who are justified, children of God, clothed with Christ, no longer separated from one another by cultural status, belonging to Christ, and heirs according to God's promise.

5.  What Law/Gospel couplet is suggested by this text?  Some of the most classic couplets come to mind with this text:  imprisoned/set free; under the law/under grace; guilty/forgiven.

6.  Exegetical work:  Charles Cousar, in his excellent commentary on the book of Galatians, makes an interesting comment regarding verse 24.  He says that the verse which reads "Therefore the law was our disciplinarian until Christ came..." could just as accurately read "...with a view to Christ's coming."  This, he says, establishes "an inner connection between the law and Christ." (Galatians, Interpretation Series, p. 79)  This matches very well with the article in the lexicon regarding the term translated "disciplinarian."  The word is paidagogos (from which we get the word pedagogue), which is "lit. 'boy-leader', the man, usu. a slave, whose duty it was to conduct the boy or youth to and from school and to superintend his conduct generally; he was not a teacher." (A Greek-English Lexicon of the NT and Other Early Christian Literature, Bauer, Gingrich, and Danker, p. 603)  It seems then, that Paul is comparing the law to a tutor or mentor, a guide or custodian, who is not unaware of what is to come, but in fact, is preparing his charge for what is to come (i.e. Christ).  In this view, the law is not something cast aside when Christ comes, but something that is appreciated for its role in preparing one well for Christ's arrival.  It is true, as Paul says, that "we are no longer subject to a disciplinarian," but that does not mean that the giving of the law was in vain.

7.  How does the Crossings Community model work with this text?  Lori Cornell has taken this text and analyzed according to a classic law/gospel couplet.  The Law disciplines and imprisons and eventually, condemns, while Christ pardons, frees, justifies, and sends us out to bear this good news to the world.  See the entire analysis archived under chapter and verse at crossings.org/text-study.

Blessings on your proclamation!
Posted by Law and Gospel Everywhere at 1:12 PM